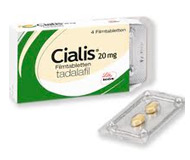 A clinical trial is underway which will hopefully show that Cialis weakens the ability of a tumour to fight the human immune system.

The trial is specifically focusing on those people suffering from tumours in the head and neck.

Professor Joseph Califano from the Department of Otolaryngology, Head and Neck Surgery at Johns Hopkins Hospital explained that a suppressed immune system could be the reason why these tumours respond so aggressively. He added that Cialis could prevent the immune system from producing nitric oxide which was being used by the tumours to create a shield to protect them.

It is hoped that Cialis will help the body to fight tumours on its own and cause them to shrink and possibly disappear.

Other research has already been done using Viagra for cancer treatment by Professor Ivan Borrello , a colleague of Dr. Califano. They have been working together on other studies using mice but reportedly prefer using Cialis because it works for longer period before wearing off.

One of the great advantages of using Cialis to treat head and neck tumours is that the drug is safe and its side effects are minimal.  In fact it was even noted that when compared to radiotherapy or chemotherapy the side effects of Cialis were significantly more pleasant!

Obviously the Cialis will not cure cancer alone but it could be used as a complementary treatment alongside standard cancer therapies.

Both men and women are being enrolled into the clinical trial which has been funded by the National Cancer Institute in America. It is hoped that the daily doses of Cialis over the two week trial period will boost the immune systems of the participants.

Dr. Califano mentioned that the male participants were very happy about the idea of being given Cialis as part of their treatment for cancer.

For more information about erectile dysfunction or prescription only medicine such as Cialis, please go to: www.ukmeds4u.com

This site uses Akismet to reduce spam. Learn how your comment data is processed.